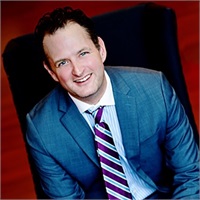 As a Financial Advisor, the top priority of Kevin Fles is to help his clients work toward financial success by designing specifically tailored financial strategies built entirely around their unique set of goals and circumstances.

Kevin earned his B.S. from Southeast Missouri State University and has held various securities licenses since early 2004.  Looking to build relationships and have a more proactive role in his clients’ lives, Kevin joined Montgomery Wealth Management at its inception in 2007.  In that time, Kevin has been recognized by Cetera Advisors as a Rep on the move numerous times, and in 2015 Kevin was just one of ten advisors out of over 1,000 to win the prestigious Outstanding Achievement award for excellence.  Prior to joining Montgomery Wealth Management, Kevin gained much of his financial advisory experience In St. Louis, by working for both Prudential Financial as well as Scottrade.

Kevin works with his team and back office to approach every client’s situation with a unique perspective.  Each client is different, and variables such as age, earning capacity, and financial goals impact the construction of the financial strategy.  By simplifying the complexities and setting realistic options, Kevin’s priority is to go above and beyond for all of his clients and create long-term financial success.

Outside of the office, Kevin enjoys biking, golfing; St. Louis sports and has a kid-like fascination with cars.  Kevin resides In Cape Girardeau with his wife, Rebecca, son Thomas, and daughter Allison.